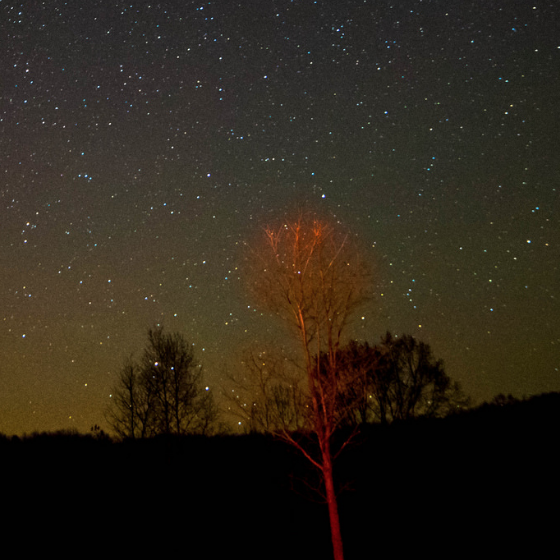 Readers: One year ago today I lost my brother, Ken. This difficult subject isn’t relevant to everyone, but for those who are interested I’ve written about it in a few different ways since then. Today’s post contains my one-year reflections. Like the first time I told the story, it’s written as a direct letter to him.

There were days during the year when I thought about it less than others, and maybe some days when I began to look forward. As today’s date approached, though, I reverted to that place of disbelief where everything feels suspended in time.

The passing of seasons and events that you aren’t here to experience has been one of the hardest parts. In the fall we had what would have been your 32nd birthday, and then Christmas and New Year’s Day rolled around.

The arrival of 2016 was especially tough to face, since it brought with it the fact that this calendar year is one you will have no knowledge of or experience with. Against all of our hopes and wishes, an entire cycle from January to December will pass without you. Again, shock and disbelief.

Since you’ve been gone, I wrote and published a new book. The book is dedicated to you, of course, and I wish you could have been around to see it.

When I went on the road I had the idea of saying something to dedicate each stop along the way to you too. Every time I rehearsed the talk, though, I couldn’t find a way to make it work without falling apart. So instead of doing it publicly, every night for 30 cities I thought of you as I was standing on the side of the stage waiting to be introduced, and sometimes as I looked out into the crowd.

When I talk to my therapist (a new thing I’ve been doing—you should have tried it) or even my closest friends, I can talk about you in general terms but when it comes to specifics I still have an instant reaction of grief that I am unable to hide.

But hey—what else has been happening all this time? You wouldn’t want me or anyone else you loved to mope around every day.

In Which Your Brother Gets His First Tattoo

I’ve thought about a lot about shame during this year. When I was sitting in an airport on my tour I had a memory that I wrote down before it could escape me. The short version is that a couple of years ago I had the opportunity to share more of myself with you, but I chose not to. I wish I could go back and make a different choice.

Anyway, there’s a more positive story that involves a tattoo. A few months before you died, you got a tattoo of Orion—your first and only one.

One day about a month or so after losing you, I suddenly realized that I wanted a tattoo, too. And literally around the same time, without speaking about it, your wife Nicole and your sister-in-law Jolie, who knew you since you were 11 years old, also decided to get tattoos in your memory.

We each had our own process for it. Nicole went first, then Jolie, and finally me. I dithered over mine for a long time, considering different designs without feeling a sense of recognition. In desperation I contacted Ella Frances Sanders, a British artist whose work I’ve long admired from afar. She agreed to a very unconventional commission and spent more than 10 hours working with me on the design.

I wanted to do Orion, just like you did, but with a different interpretation. In the end I chose leaves instead of stars, set in a Japanese style (you always liked Japan). After some more dithering I went to the tattoo shop … and then before I knew it, it was done!

It’s funny, you spend 10 months procrastinating over something and then a lot of back-and-forth over the logistics, but when it comes time to lie down on the table, it’s all over in 11 minutes. There’s a lesson there somewhere.

At the old age of 38 and having never had a tattoo before, I worried I wouldn’t like it—but I did! It felt right from the very first few minutes. It will always be there, a physical representation of how your life will always be with me.

Action Steps: Do Nothing

At the end of my last therapy session, I asked, “Okay, what’s my next action step?”

Because I always love action steps. Proceeding with confidence and charging through obstacles is my forte—and you were pretty good at it, too. The more I learn of your life, putting together puzzle pieces via stories from everyone else in your circles, the more impressed I am. But this is different. This year I’ve learned that there are some things I can’t fix, no matter how hard I try. So when I asked for my next action step, my therapist said, “Try doing nothing and see what happens.”

I thought that was so funny! Try doing nothing … what a concept. I literally have no idea how to do nothing.

Hard as it still feels, I do think there’s some sort of road ahead. This road does not lead only to acceptance, as important as that may be. Somehow the road will also lead to some sort of meaning. Finding meaning is different than believing “it will be okay” or “something good can come from this” or “everything happens for a reason”—all things that well-meaning people sometimes say because they don’t know any better.

Still, there has to be a third option between passive acceptance and fighting a battle that’s impossible to win. I can’t change what happened, as much as I would give for such an option. And I also don’t want to just accept and “let go.” I will never let go of you.

One Year Later: The Wave

When I look back at what I wrote when I shared your story with my readers, many of whom knew you, I think much of it holds up fairly well. I tried to be as honest as possible about both your life and death.

Two things stand out to me about that post now. First, I said last year that I would never be angry with you for the impulsive decision you made that night. One year later, this conviction holds up absolutely. I feel overwhelming grief and regret of my own—more than anything, I wish I’d known you were suffering and done something to help. But not for a single moment have I felt any sort of anger or resentment toward you.

Chris and Ken, ages 7 and 2, in the Philippines

There’s something I was wrong about, though. I wrote about how you said that when you get sad, you can’t fight it. To be precise:

Just a few months earlier, you were talking with a close friend about a struggle that she was going through. You told her what you did during your own struggles. “When I feel the wave coming,” you said, “I just let it crash over me. I don’t try to mask it or run from the pain.”

Let the wave crash over you. Don’t try to run from the pain.

When I first heard that story, it caused me to reverse my decision to try going on anti-depressants for a while.

Well, here’s the thing—maybe the answer isn’t always to be so strong. The ocean is a powerful, unstoppable force. We do have to let the wave crash over us. But because it’s so powerful, that’s why we sometimes need help.

This realization, along with the stark fact that I wasn’t getting better on my own, is what led me to therapy. It’s a whole new world, and as I said, I wish you could have experienced it. I also started taking medication again, for both the ongoing depression and the situational anxiety I’ve been having. Drugs aren’t a magic solution, of course. My hope is that I won’t stay on them forever, but they do provide some degree of relief and I’m glad I reversed my initial decision.

Now that I think about it, I wish you could tried something similar. Maybe it would have helped you get through the wave, and we could all be doing something different now.

One final thing: in that post I also wrote about how kind you were, the characteristic that remains the central theme of your life as I view it. We know now that you were better at being kind to others than you were at being kind to yourself.

A whole ecosystem of shock and loss has resulted from the events of one year ago, Ken. As your brother I see large parts of it but surely not all. You were loved by many, even if you couldn’t see it the night you left us.

So here is my current set of those action steps that I always long for. It’s essentially a search of sorts, and a quest much more significant than going to every country in the world.

Fair enough; I certainly have a lot to learn about mindfulness and acceptance. I’m essentially an absolute beginner in this world, so the good news is that there’s nowhere to go but up.

Step 2: Honor your memory and make sure you are never forgotten.

Well, at least this part is easy. A year later I still think of you every day, over and over. And now I have some insurance: just in case I ever miss a day, that tattoo on my arm isn’t going anywhere.

Step 3: Find meaning in your loss and always be kind.

As I see it, this is a two-part process: be kind to others, just as you were, and be kind to myself, which I also don’t always do so well.

All of this will be hard, but since losing you is the hardest thing, I’ll do everything I can to persevere in the quest. You would have wanted me to, and I hope to eventually learn how to do it justice.

You often told people that you were proud of me. Even in the one-year-later phase of shock and disbelief, I am so proud of you too, Ken. I miss you so much and will continue to learn as much as I can about you.

How Goals Change Over Time, and What to Do About It
© 2023 The Art of Non-Conformity | Site by Bytegrow Technologies