Happy 4th of July, everyone, live from the Russian Federation, en route to the new Republic of Moldova. I’ll tell you more about this part of the world soon, but for now I thought I’d say a few things about my homeland, the much-loved and much-hated United States of America.

International readers, the 4th of July is America’s independence day. We usually celebrate it at home by drinking beer and eating large cupcakes with frosted flags on them. In the evening we watch fireworks and drink more beer—it’s not a bad day, all in all.

Even though I enjoy the beer and cupcakes, I’m not a big fan of the 4th of July holiday. For the past five years, I’ve managed to be out of the U.S. and in the following countries instead:

I have quite a streak going there, so I decided I’ll keep it up as long as I can. More importantly, I’ve found that thinking about America from the unique perspective of being an American who spends a lot of time around the world has helped me gain a balanced perspective on my own country. Yes, perhaps it’s clichéd, but the more you travel, the more you learn.

In case this essay is going to offend anyone, I might as well give you a quick summary of my views on patriotism in the beginning:

You can probably see why I don’t get invited to many political rallies. Anyway, since we’ve started down this road, we’ll continue. After all, it is the 4th of July, and I can’t find any cupcakes here in Russia.

Let’s Do the Bad News First

Looking from the outside in, America can seem like a truly awful place. The United States has more people in prison than any country in the world, and regularly puts some of those prisoners to death while holding others without trial.

The U.S. leads the world in obesity rates, and fails to provide healthcare coverage for at least 16% of its citizens. Mentally ill people can easily buy guns, and then when they use them to kill people, the gun industry claims that the problem is not the guns.

Due to how our electoral college works (read a summary here), one person’s vote doesn’t usually count for much of anything. A candidate for president can even win the popular vote and still lose the election, as infamously happened in 2000.

Anyway, there’s more that could be said about all of that, and it can be depressing. But focusing on only the negative misses the point– just because America can be a crazy place doesn’t mean it’s all bad.

I am grateful for the chance to live there, and I’m thankful that I have a U.S. passport to travel with. There are a few countries that are hard for me to get into (Libya, Iran, Sudan, etc.), but the majority of places in the world are remarkably open to the idea of an American coming around to say hello for a few days. My friends from Africa and the Mid-East often remind me of how privileged this kind of welcoming is, and they are right.

Having It Both Ways

Thanks to the exports of Hollywood, I regularly meet people around the world who think that every U.S. city is run by drug lords and that we are in the midst of a gang-led civil war.

Dear international readers, please let me assure you that while Grand Theft Auto can be fun to play, it is not a realistic video game. As a matter of protocol, we do not usually shoot each other on the streets to settle disputes. If you are ever visiting the U.S. and find yourself without transport, please do not steal a police car and take it to a bank robbery.

Hang on, it gets better. A friend of mine who works in Korea likes to tell the story of the ironic anti-American sentiment in the university where he teaches. In polls, a large majority of Korean students say they have an unfavorable opinion of the U.S. A common after-school activity involves going to demonstrations where American capitalism is denounced with much chanting and fist-pumping.

After the demonstration, everyone heads over to Starbucks so they can sip espresso while exchanging songs on iPods. Business is booming at the Gap store next door. Nike and Reebok are the most popular shoe brands, and the dream of every upper-middle class Korean family is that their brilliant son or daughter will win a scholarship to a U.S. university.

You could tell a similar story about a lot of places in the world these days. America is much-loved and much-hated at the same time, but here are a few good things about America that I hope we can all agree on.

(I am also pleased that both candidates have pledged to close the Guantanamo Bay detention center and end any ambiguous practices of torture.)

(If you are Muslim or homosexual, sorry—human rights have not yet arrived in full for you. Perhaps in Patriotism 3.0 you’ll get your chance.)

The importance of this can not be overstated, because in most places around the world, politicians are effectively exempt from the criminal justice process.

(Note that lying, for the most part, is not a crime. If it was, then perhaps all politicians would be in jail.)

You can drive a Prius (or even take the bus… shudder), order tap water in a restaurant, recycle your paper products, and generally be concerned about the world outside your door. A South African I recently met told me that she never thought she would see the day when average Americans cared about their individual impact on the whole environment. But yet, here we are.

Those are a few short things I thought of while taking the ferry from Tallinn to Helsinki the other day here in the Baltics. If you have some more, feel free to contribute to this essay’s comments section.

I Pledge Allegiance to a Country without Borders

Because I am neither a warmonger nor an anarchist, I’ve decided to believe in a new patriotism. This kind of patriotism is proud of the country we are citizens of (in my case, America) while also strongly respecting other countries and cultures. A more understated patriotism, in other words, that understands its role in a broader world.

Winston Churchill once said, “The Americans can always be counted on to do the right thing, after they have exhausted all the other alternatives.”

That’s a good quote for Patriotism 2.0. Our countries, whether the U.S. or others, have done a lot of things wrong, but if we believe in them and try to make them better, they’ll eventually get it right.

With that in mind, here’s to America. And here’s to all of you, readers and friends, from downtown St. Petersburg in the real-life Russian Federation. Funny, they have a Starbucks and a Nike store here too.

Are you still reading my writing after finishing this essay? If I haven’t caused too much offense, pass it on to others at your favorite social networking site, or share your own thoughts in the comments below.

The Flip Side of Self-Employment and Freedom

How to Respond to Critics

The Plan of Attack 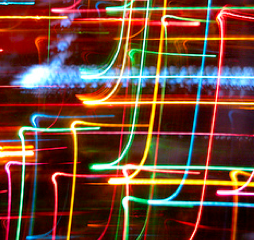