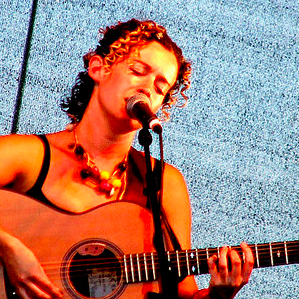 In reading the transcript of Bob Dylan’s speech at MusiCares, I also liked this part on the origins of his songwriting:

“There’s nothing secret about it. You just do it subliminally and unconsciously, because that’s all enough, and that’s all I sang. That was all that was dear to me. They were the only kinds of songs that made sense.

I learned lyrics and how to write them from listening to folk songs. And I played them, and I met other people that played them back when nobody was doing it. Sang nothing but these folk songs, and they gave me the code for everything that’s fair game, that everything belongs to everyone.

For three or four years all I listened to were folk standards. I went to sleep singing folk songs. I sang them everywhere, clubs, parties, bars, coffeehouses, fields, festivals. And I met other singers along the way who did the same thing and we just learned songs from each other. I could learn one song and sing it next in an hour if I’d heard it just once.”

Whether you believe in the 10,000 hour rule or the 20-hour one (or neither), I love the concept of honing in on what matters to you and getting really good at it.

Later in the talk, Dylan argues that because of his immersion, it was impossible not to write the songs that made him famous. Whether that’s true or not, I think it’s clear that surrounding yourself with a field of work that you love can only lead to you improving your body of work.

You Don’t Have to Win at Everything