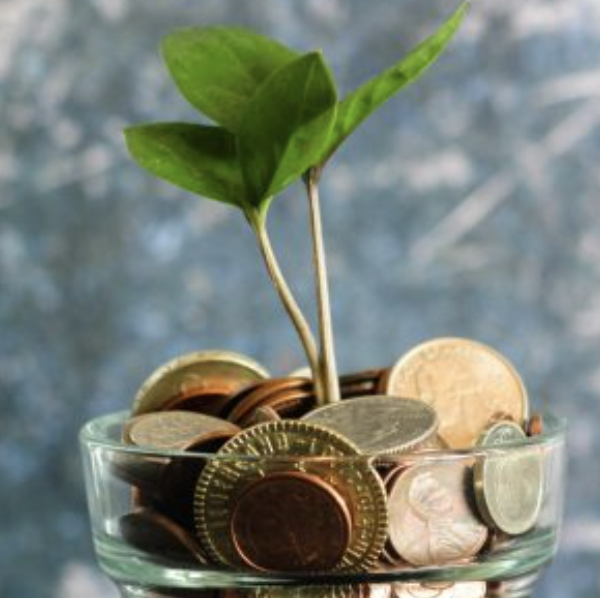 Would you like money you can pick up from the ground and put in your pocket, at least metaphorically speaking?

These are the days of free money. 💵

As the world has been spinning off its axis over the past year or two, many people have decided to make some changes. They’ve quit their jobs, sometimes without a safety net. Even investment bankers, typically paid large sums to work tireless hours without complaining, have started complaining.

Why is this happening? Lots of smart economists are busy arguing over that question, and there doesn’t seem to be a single underlying reason (aside from “world spinning off its axis,” of course).

For the purposes of this post, let’s focus on one part of the restructuring: many people are much less worried about money than they used to be.

Of course, money isn’t real—so keep that in mind—but since a lot of people on this planet attach value to money, you might as well gather and store different forms of it to make your life easier.

So what should you be doing? Here are three courses of action, each of which can be pursued independently or combined.

Part 1. Learn about decentralized finance (DeFi) and the blockchain. ⛓

DeFi is banking for anyone who doesn’t believe that governments and large financial institutions should be the only ones in charge of money.

What can you do with it? Well, to start with, if you have any kind of savings account, your bank is ripping you off by paying you 1% or less in interest. Inflation is much higher than that now, so you’re essentially losing money by saving—which isn’t how it’s supposed to work.

With DeFi, you can become a yield farmer and earn crazy amounts of interest (40-60% APY is not unheard of), which probably beats that 1% your bank is paying you. As a bonus, you don’t have to do any actual farming! No overalls required.

To be clear, there are risks, especially with something called impermanent loss. But even if you choose a lower-interest, more conservative strategy, you could easily be earning at least 8-10% on all your money with lending and staking. And it could be much more!

Go slow—spend some time learning about it before jumping in. But it’s absolutely real.

Forget about betting at the casino; the games there are all rigged in favor of the house. But if you’re good at probability and understanding human nature, you can now place all sorts of bets for real money in online “prediction markets” that provide the platform. Two of my favorites are:

You can bet on the outcome of Britney Spears’ conservatorship or Gavin Newsom’s recent recall election. Some people are earning lots of real money (at least as real as money ever is) from doing this. Last week I made $500 betting on how many people will pass through TSA checkpoints over the holidays. (Disclaimer: I’m not an expert. I also lost close to $1,000 betting on the Virginia gubernatorial election. Win some, lose some…)

There’s also what’s known as “MAGA money,” where people are so deluded about their former president that they’re willing to bet (and lose) money on those beliefs. Do I mean you can win bets from people who still believe the election was stolen? Yes! Two birds, one stone.

The founder of Ethereum made close to $60,000 betting against them last December.

Part III. Sell something, anything. 🛍

Of course, the simplest thing you can do to get money in today’s marketplace is to sell something. What should you sell, and where should you sell it?

The quickest answer to both would be to use a third-party marketplace. You could do this right now. For example, I’ve featured these stories on Side Hustle School in just the past few months:

But of course, that’s not what you’re ultimately after. Ideally, you want to establish your own personal ATM, so that whenever you need money, you can go and get it. This requires more effort at first, but is worth much more in the long-term.

So for that, you’re looking to do something more like one of these examples, also featured on Side Hustle School recently:

*As I said, these are just a few examples. In the past four years I’ve published more than 1,700 episodes of the show, all of which are freely available in the archives for streaming or downloading.

Capitalism in the pandemic economy is pretty wild! Anything is possible these days.

More than just pursuing any single idea, you should be actively learning. Scout around, and conduct small experiments when you can. Look for asymmetrical risks, where the potential rewards greatly exceed the potential losses.

One final note: if you try to apply the “rules” or logic of traditional finance to some of these opportunities, you won’t get far. You’ll think it’s all a scam, or that cryptocurrency will eventually bottom out and we’ll all turn to Bank of America to save us.

That kind of thinking is misguided. To thrive in today’s landscape, you need to shrug it off and adopt a new perspective. Times are changing!

When you see money lying on the street, you might as well pick it up. If you don’t, someone else will.

The Great Resignation: If Your Job Sucks, Now Is the Time to Stop Doing It

How to Quickly Pay the Bills

Paying the Bills: Your Responses

Checking Your Bank Accounts Will Not Make More Money

How Much Is Your Time Worth? This Free Tool Will Show You
© 2023 The Art of Non-Conformity | Site by Bytegrow Technologies