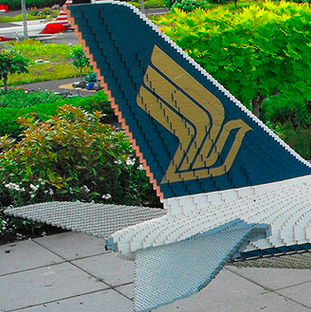 Toward the end of Up in the Air, the character played by George Clooney calls up American Airlines and asks to transfer some of his Frequent Flyer miles to his sister.

“How many miles?” the agent asks.

“Enough to go completely around the world.”

I saw that movie with my parents several years ago, and as soon as we left the theatre, my mom asked, “How many miles does it take to go around the world?”

She thought I’d know the answer, and of course I did.

Well, it doesn’t actually take that many miles to go around the world. There are award tickets you can get for less than 100,000 miles—which is easy to earn. (We even have a service that guarantees at least 100,000 miles a year.)

People who don’t know much about the mileage world probably think it takes a huge number of miles, which is why the line in the movie works.

But imagine if that was your dream—to go “completely around the world”—and you always thought it was either completely unobtainable or a huge, lifelong dream that would take you years to achieve. Except now you learn that it’s actually pretty simple.

What would that mean? Would you take the needed action and make that dream your reality?

Or would you think, “That’s nice,” and move on to another daydream?

Not every dream is as simple as getting enough miles to fly around the world, of course. But until you’re ready to raise the dream stakes, see if yours might be doable for a lot less effort than you think.

Life Is for Spending

Be Realistic: Plan for a Miracle

“Everything Is Figureoutable:” Notes from Paris to Doha

Under the Unseen Blue Sky in Sydney, Australia
© 2023 The Art of Non-Conformity | Site by Bytegrow Technologies