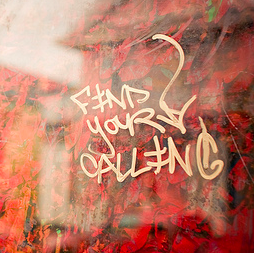 I liked these parts:

You’ve described what you do not as a career but as a calling.

Everybody has a calling, don’t they? Some have a high calling, some have a low calling. Everybody is called but few are chosen. There’s a lot of distraction for people, so you might not never find the real you. A lot of people don’t.

How would you describe your calling?

If you’re suspicious of words that sound religious, don’t get hung up over the word calling. Embrace the spirit of it—there’s something you need to do, but at every opportunity, you’ll have countless other opportunities to do something else.

1. Everyone has a calling.

2. The central problem is discovering that calling amidst a sea of distractions.

And one more point that’s implied:

3. Despite the distractions, it’s very important to find the calling.

*I’ve been enjoying Donald Miller’s Storyline project, an extension of one of my favorite books, A Million Miles in a Thousand Years

Chasing Daylight: Some Thoughts on Mortality

Three Types of Happiness: How Do You Choose?
© 2023 The Art of Non-Conformity | Site by Bytegrow Technologies