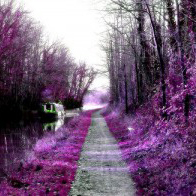 Yesterday I rode my bike down to Laughing Planet on Belmont Avenue for a $4.85 burrito. The sun was out and all was well.

On the ride down I replayed the classic “time/money/no object” game in my head. You know, the one where you ask: “If time and money were no object, what would I do today?”

This is a fun game to play, and it’s even better when you realize that you wouldn’t change much about your plan. In my case, I had about $60 in my wallet—but the only thing I wanted to eat for lunch was the $4.85 burrito. I could have had a million dollars in my laptop bag, and I still would have taken my $35 “Craigslist special” bike down to the burrito place.

I’ve been overwhelmed with a few things recently, but I took this to be a good sign. Other good signs come from Mary Oliver, who was writing profound wisdom in less than 140 characters long before Twitter was around. Like this, for example:

“Listen—are you breathing just a little, and calling it a life?”
— Mary Oliver

I’ve also been thinking that it would be good to breathe more than just a little, but we’ll return to that subject later.

A great new book launches out into the world today. It’s by Neil Pasricha, it’s called The Book of Awesome and it is, indeed, quite awesome. I’ll be giving away a copy on our Facebook page later today, and I encourage you to check it out at Amazon, Chapters, or your local bookstore.

The thing about Neil is that his writing is a lot like Don Miller’s—you’re reading along feeling entertained, and then all of a sudden, you get hit with a big lesson somewhere. You can look back later and realize how he was leading you all along to this point, but while you’re on the journey, you’re just enjoying the ride.

In addition to writing about how cool it is to memorize the phone tree options when calling customer service, (“Press 1 for awesome!”), going to bed planning to hit the snooze button the next morning, and eating the extra french fries at the bottom of the bag, Neil sneaks in a few things that hit you pretty hard.

His point is basically: it’s good to be alive. Be grateful. Enjoy the beautiful (“awesome”) life that we have.

Naturally, I like this message. Here’s an example of Neil’s great work:

A tiny Korean guy with thin eyes hidden behind thick glasses under a well-worn and faded ball cap, he looked kind of mousy under awkwardly baggy clothes and behind a soft voice. And even though neither of us drank much, we met at a bar — me speed-sucking a gin and tonic through a needle-thin straw, him warming a well-nursed beer and occasionally taking baby sips.

When he mentioned he was from Boston, I asked about the Red Sox and he played along well enough. “Big win last night,” he offered cautiously. “Maybe still have a chance at the playoffs?” Of course, that launched me on a rant about the bullpen and whether Curt Shilling had enough steam for another big run. He nodded on, listening intently, asking genuine and serious questions, and letting our friendship take root over sports, of all things. Of course, he never watched the stuff, but was nice enough to let me talk mindlessly about it all night.

Full of wry smiles, awkward pauses, and mock-serious faces, Chris was a complex, fascinating, creative person who grew into a remarkably close friend during the two years I lived in the US. He got excited about little things, like caramelizing onions perfectly for an hour on low heat, getting randomly selected to fill out a survey of his radio habits, or learning a new keyboard shortcut in Microsoft Excel.

But it wasn’t the bar scene that helped our friendship bloom. It was the car scene.

Before I read this story, I had seen Neil’s site a couple of times and thought, “That guy is a great writer. He’s got a fun thing going, like the Fail Blog or Cake Wrecks or any of those other sites.”

And then I read that article, which shows Neil working at a totally different level, taking risks and getting really personal—and I knew that The Book of Awesome would be more than just a fun book to read at the beach, or wherever it is that you are supposed to read fun books.

I’ve had a review copy on my desk for a few weeks, and am happy to report that the book is… Awesome! Go check it out.

And don’t just breathe a little and call it a life. You and I can do so much more. 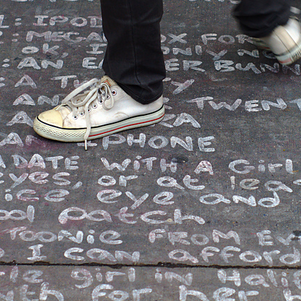 Lessons from the Journey: “All You Have to Do Is Put One Foot in Front of the Other”

Hey, Everyone: The Book Is Out! I’m On the Road!