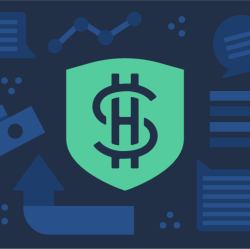 Short version: I’m starting a daily podcast called Side Hustle School. It’s for everyone who wants to create a new source of income without quitting their day job. It will be published, well, every single day in 2017.

I’ve been working on this for a long time and it will be my #1 project in 2017. I’d love for you to be part of it—and if you’re not interested yourself, I’d be grateful if you’d tell your friends who need a side hustle.

For the past five months, I’ve been working on something behind-the-scenes, without saying a word about it publicly. Doing it that way felt surprisingly refreshing. There was no need to manufacture hype, and no false pressure to live up to.

There was, however, an unbreakable deadline. That deadline was January 1, and the team and I hit it—of course. It’s now January 3, and the project is now off and running with the first three episodes published.

This new project, the one I’ll spend more time on than anything else in 2017, is called Side Hustle School. First and foremost, it’s a daily podcast. By daily, I mean daily. Not 5 days a week, not “most days,” but every single day in 2017.

If you subscribe and make listening to it part of your routine, I want you to be able to rely on it being there. Each episode is short (less than 10 minutes long), carefully thought-out, and action-packed. Every day you’ll hear a new story of someone who’s started a side hustle without quitting their job and by using the skills they already have.

Why I Made the Show

Short version of why I made the show: this topic is something that people are looking for that I’m qualified to provide, and the more I thought about doing it every day, the more I liked the concept. (Also: forget strategy; tactics are the future.)

There’s no shortage of books that tell you to quit your job and strike out on your own. I should know; I wrote one of them that’s gone all over the world in many different languages.

Back when I started The Art of Non-Conformity, I did so with a deliberately broad group of people in mind. I thought much more about psychographics (values, beliefs, life experiences) than traditional demographics.

Side Hustle School is a little different. For this project, I have a very clear image of the person I’m making it for. It’s not for someone like me, or anyone else who is fundamentally “unemployable.”

There are three specific qualities I’ve been thinking about over and over as I prepared the initial batch of episodes.

Again, notice who it’s not for: if you’re trying to launch a huge startup, or if you already have exactly the right balance of life, work, and income, this isn’t for you. It’s for everyone else!

Is It Just a Podcast? Nope.

The daily podcast is produced and scripted—this isn’t a random interview show where I ask people for their life stories.

In other words, it’s a legit commitment. But obviously, we won’t stop there!

Here’s what else is coming down the pike:

I’m very, very excited about this. (So excited that I overuse the words very and excited. I’ll work on it.)

I won’t stop writing on the blog—and I don’t think I ever will—but the blog writing will be a lot less frequent. Right now I’m committing to a 2x/week posting schedule, which is how I started way back in 2008. If I want to post more, I will, but my main commitment in 2017 is to this show and everything related.

How to Help or Participate

Well, first of all—check out the show!

The #1 thing you can do to help is subscribe, listen, and tell others. (Is that three things? It’s meant to be three-in-one.)

–Subscribe in iTunes (yes, it’s also on Spotify, Google Play, and all other major outlets)

–Leave a rating or a review (and of course I hope you like it, but you can say anything you want)

–Help spread the word! Whenever I’ve made something that’s had a true impact on people, it’s because of readers like you

I wholeheartedly believe that everyone needs a side hustle. If you agree, know that I’ll be doing everything I can (literally!) to support everyone who wants to start their first—or their fifth—hustle.

The show is completely free (after the first week or two, there will be one sponsor per episode, with a brief, non-intrusive message). This isn’t a marketing campaign leading up to something else. This is all about helping people. Have I mentioned I’m really excited about it?

Thanks for reading. 🙂 You’re the best!

How to Win the Career Lottery