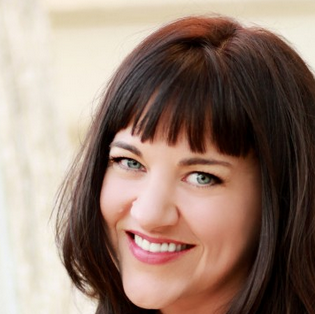 When I was writing my new book, I received a detailed note from longtime friend Lissa Rankin. She gave me some advice that stayed with me throughout the writing process, and I’m including it here with her permission.

I am assuming that your book will include some of your personal story—your own quest—and I assume that you are in some way suggesting that our lives are better if we’re on some sort of quest—that this is the value proposition for the book. I assume this book is suggesting that the reader might be happier and more successful if they are on a quest like you went on.

But is this true? And if so, what is a quest? I’m assuming a quest doesn’t have to require travel, that it would also include a quest to bring clean water to villages in Africa or to bring validation to introverts or to help people achieve more intimacy through vulnerability, or in my case, to heal health care.

To convince me that a quest is in my best interest, I think you’re going to have to convince me that the quest is a calling. I also suspect that, in order for quests to be fulfilling, they must have meaning. A close friend of mine recently ran Western States, a 100 mile ultramarathon in Lake Tahoe. It’s a quest of sorts, I suppose. But I couldn’t help thinking—again, my first question for you—WHY? It was so grueling, so physically debilitating, so pushing the edges of his comfort zone, and so bad for his 52-year-old Achilles!

And yet, he says it was the best thing he ever did. It turns out it wasn’t about the discipline or proving to himself that he could do something hard or the running itself. Turns out, it was about the people lining the course, all the people who had helped make it possible for him to train, who had endured his sacrifices, like his wife and his children and his friends and teachers and running buddies. They were all there stretched along the course so that as soon as he was ready to quit, they lifted him up and he was able to keep running.

The golden nugget was that he realized he didn’t have to navigate hard things alone. The quest had meaning—along with all the other stuff he proved to himself—that he could follow through, that he could push his body beyond what he ever though it could do, that he could be disciplined.

If you want to write a book, you should start with something to say. I appreciate Lissa guiding me to think deeper on what I had to say. Her insight made for a better book in the end.

Lessons from the Journey: Unhappiness Can Lead to New Beginnings

“Your Heart Will Always Lead You Home”: Lissa Rankin at WDS
© 2023 The Art of Non-Conformity | Site by Bytegrow Technologies