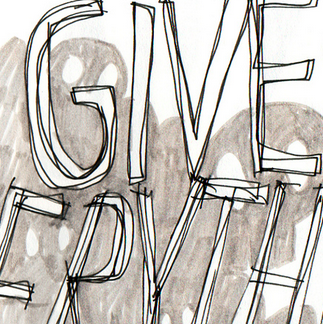 I heard someone say that recently. I don’t remember the context but I really liked the sentiment.

This whole concept of “giving back”—it kind of implies a certain arrogance. It suggests that everything we’ve received comes from our own hard work, and that we are deserving of whatever wealth or status we hold.

I don’t wish to overstate this critique or go on some sort of campaign against people who use those words. I’ve used them before too, and I think they’re in the biographical section for some of my books: “Chris Guillebeau blah blah blah also ‘gives back’ through charity work.”

It reminds me of the word “locals” when referring to people who live in a country, particularly somewhere in the developing world. I don’t love that word, since it also sounds a little condescending, but I also don’t have a great alternative.

So maybe it’s just the principle that bothers me, not the phrase itself. It’s just kind of … imprecise.

The point: I don’t think we should “give back” because we are charitable and nice. We should give because it’s good for us.

Genuine giving will improve our lives as much as anyone else’s. It’s not something we sacrifice to make happen.